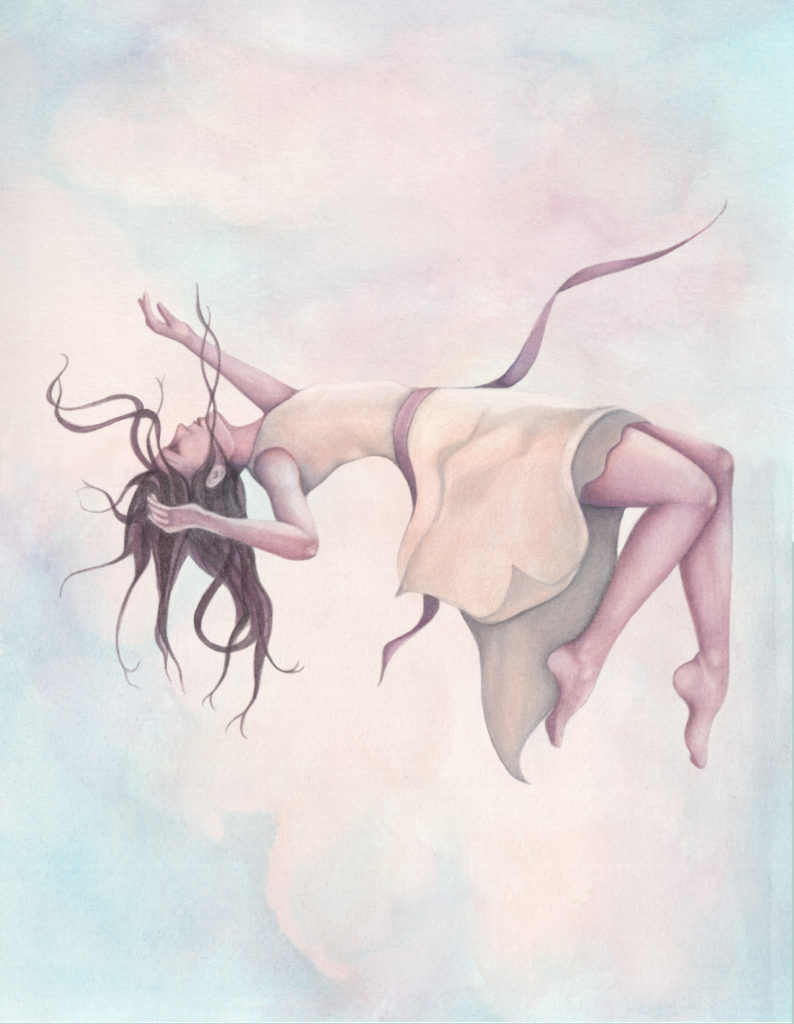 I thought I would show the process for doing the background for ‘Pause – Stop & Roll’, which is one of the cards in my creativity deck.  I struggle a bit with backgrounds because I’ll usually do the main figure first (and I work small) and then need to put in the background later. I decided to do the background separate and then put the two images together in GIMP.

Here is the initial painting of the figure. 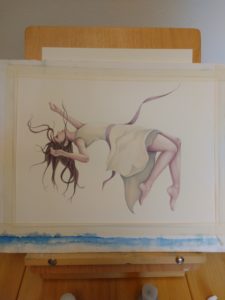 After this, I was watching out of my window (waiting for the fireflies to come out…) and liked this sky. 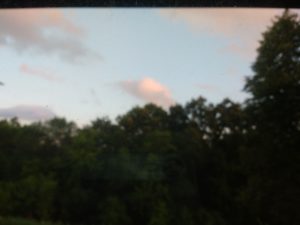 So then I did the background and kept it quite light and subtle. 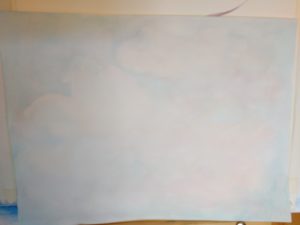 Then I put the two together. 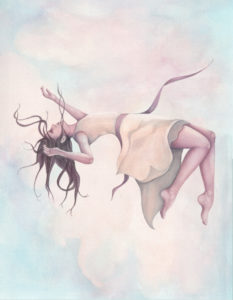