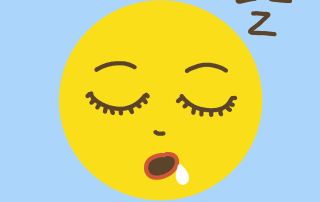 I read an interesting article in the New Yorker by Maria Konnikova about sleep. Among other things, it explores the effects of sleep deprivation on productivity.

What’s interesting to me, is how a small sleep deficit (we’re talking six hours a night) led to serious cognitive and physical impairments; equivalent to a blood alcohol level of 0.1 per cent. Konnikova reports that a person’s “cognitive and physical performance becomes virtually indistinguishable from that of someone who has been awake for twenty-four hours straight” (http://www.newyorker.com/science/maria-konnikova/the-walking-dead, p. 2). This is an extraordinary finding, considering that six hours of sleep a night is the new normal.

I find it curious that despite many articles like this and a significant amount of research; the popular belief is that sleep is a nuisance or something for babies, lazy people and the weak. I’ve noticed that people who consider themselves to be hardworking, strong and healthy, are usually the exception to the rule. Of course, some people might need to sleep, by they don’t. This is why Margaret Thatcher and her infamous ‘four hours of sleep’ is held up as the paragon of virtue. The cognitive disconnect between what we need and what we think we need, is an anecdotal observation on my part. But it is born out by the research.

In a recent study by sleep scientist Elizabeth Klerman, the subjects were allowed to choose their own sleep schedules. As a result, “on the first day in the lab, during testing of sleep latency, some fell asleep before the technician had even left the room. Many of the subjects, in other words, were pathologically sleepy. Yet they thought they were fully awake and at their best” (http://www.newyorker.com/science/maria-konnikova/the-walking-dead, pg 4).

I’ve noted to producers how difficult it must be for film crews (particularly make-up, hair and costume) to get adequate rest.  Because these departments often arrive early and leave late, they work additional hours on top of the scheduled twelve. Add the two hour travel time (standard in most cities with an active film industry), and you are looking at a sixteen hour day. Therefore, in order to get eight hours of sleep, a person must go to bed instantly without showering or eating.  When I bring this up, the response is often; “well, they’re getting paid. Plus, who needs eight hours of sleep? Most people don’t need that. I mean, look at Margaret Thatcher…”

Regardless of compensation, the concern is that lack of sleep compromises productivity, creativity, cognition, and the ability to manage stress and regulate emotions. The knock-on effects are profound and even deadly. There have been instances of lorry (truck) drivers falling asleep at the wheel and killing others, and film crew falling asleep at the wheel and killing themselves.  Interestingly, in the former case, the driver was blamed and sentenced, not the company. Yet he had been working for the company (doing maintenance) when he should have been sleeping. I suspect that he knew he was tired, yet under tremendous pressure to conceal it. As a consequence of stories like these, cinematographer Haskell Wexler (director of the documentary Who Needs Sleep) set up the nonprofit 12 On 12 Off to raise awareness of the issue.

For myself, when faced with losing sleep or skipping dinner, I would much rather skip dinner. And I’ve noticed that I function far better without food than I do without sleep. The question is, why should people be put in a position where they must choose between things that are essential to life and productivity? Even an ardent capitalist must see the foolishness in that.

Lack of sleep is something that effects us all. But systemic change is only possible when people acknowledge their exhaustion, and the subsequent impairment this entails. We need to rethink the old adage, “sleep is for wimps” and consider a new one.  How about, “sleepiness makes stupidity thrive”?  Or, even better, “sleep is for winners”.

Next Article
Get Franc'D Interview >>